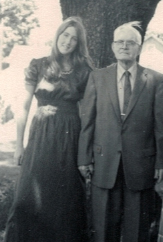 July 17th was my maternal grandfather’s birthday. He was born in 1880 and died in 1977. He was my favorite relative. He was a man of few words and a limited education-he completed the eighth grade to be exact. Then he went to work on the family farm. When the farm was sold, he worked on Henry Ford’s farm. My grandmother, who died before I was born, took in teachers for room and board. She worked as a seamstress.

Grampa L. worked as a laborer his whole life. After he stopped working on farms, he was employed as a custodian at the local high school. One time he got on my case for throwing away pencils. He saved pencils long after the erasers were tough and unusable. Throwing out something useful was simply not done.

For as long as I can remember, Grampa would get up at 5:00 am like clockwork and put on his green janitor uniform, even after he retired. He lived by a strict schedule. His little unassuming house was always neat and clean, every tool in its place. He grew raspberries, corn, sunflowers and rhubarb in his back yard in a small Michigan village. When he let you slip your little hand into his, you felt warm and protected. He was decent. He was kind.

Grampa could make you obey just with a glance, and you knew he would take care of you while in his presence. I miss him and feel him on the other side. Even though my grandfather on my father’s side was a prominent and well-known physician, I favored my earthy grandfather who said “you ain’t” and “well, I guess it’s “prid’near quittin’ time.”

You could always tell when Grampa was in town. His red Mustang would be parked by the curb near the post office or  in the lot at the grocery store. He drove it until he no longer had a license, probably in his mid-80’s because I remember him driving to Cleveland alone in his 80’s. It was depressing when he couldn’t drive anymore. The Mustang went to one of my cousins.

I remember Grampa taking me with him on errands in the village.  I’d cringe as he drove too slowly in second gear. His beloved cherry red car lurched and sputtered as he neared the end of the street. He paid no attention to the lurching. We’d get there, everything was in a half mile radius. He’d turn his head as far as he could, about 15 degrees, at the corner. I hunkered down politely until the turn was made.

Each time we visited, he’d make sure to mention my sister and me at the check out counter. He’d announce to the clerk, “These are my granddaughters. They’re visiting from Ohio.” His pride made me feel good. His words let me know I was loved in a way that is unique, unconditional; the affection is not contingent on  rank, employment, money or marital status.

What was said in private was another matter entirely.

Grampa’s handwriting was perfect and slow, like his other movements. He never failed to write me little notes in which he would include a stick of Wrigley’s licorice or Juicy Fruit gum.

He liked to read Westerns and when we were little girls, he would hide the books that had bad words in them. The words were mild compared to today’s ever-present in-your-face, irritating, unavoidable vulgarity. One time I snuck and anxiously prowled through the  book until I found the offensive word. It was “pecker.”

Can you believe it? Gone are the days of good and proper verbiage. Gone.

God bless you, Grampa. I can’t wait to see you again on the other side.

My mother had a fun spirit. Even though she suffered a traumatic brain injury at age 46, she always taught us to make the best of things. My memories of her are filled happy spots…before my awkward teen years.

One time we went down to  big river in rural Michigan to ride in a canoe. I was beside myself with excitement. I must have been about eight years old and my older sister, just over nine and a half. We were out in farm country close to where Mother was raised and not too far from the University of Michigan. I don’t remember exactly where now; I just remember the splendid woods, the birds, and the sprawling meadows that seemed abuzz during summer. Queen Ann’s lace, buttercups, and Solomon’s seal grew in the thick woods. Once in a while we would come across a jack-in-the-pulpit, with its green and purple stripes,  a visual treat tailor-made for a little girl who loved to read My Side of the Mountain  and The Yearling.

We found the campsites and landing dock where Mother arranged to rent a canoe from the groundskeeper. Then we set out for our adventure. The water lapped on either side of the boat as we paddled along negotiating the rapids and trying to work out our river rhythms. We navigated around some bends and turns, making our way downstream, merrily, merrily. We were getting the hang of it, our focus on the waterways temporarily keeping two girls close in age out of fierce competition.  I felt safe and secure in the middle of the canoe, with my sister in the bow, and Mother steering from the back. My knobby knees would slip and hit the centerboard once in a while, but the joy of the outing replaced any concerns over shin damage.

Every once in a while I would glance back at Mother, her dark brown eyes shining with anticipation. She had long slender arms, and a willowy frame.  Her strong hands firmly held the paddle. Her black hair lay soft and lovely just above her  shoulders. She seemed to know just how to keep her daughters occupied.

Suddenly the water became still and shallow, and we slowed to a stop. The narrowed  river crevice had us trapped. The canoe was stuck on the rocks. It bobbed and tipped. We could not move. We dug our paddles into the rocks on either side, pushing and poking trying to dislodge the canoe. Nothing worked. We were unable to move the boat, stranded out in the big creek. We could give up and try to walk out and leave the boat. No time to pout. Mother never let us pout for too long over anything. She quickly came up with a plan.

“Ok girls, on the count of three, push yourselves with a big nudge. I want you to rock forward with all your might.”

Andrea and I braced ourselves forward, ready to push with our little tushies, determined to get the canoe off the rocks. Mom gave the command.

Andrea and I joined in the chorus, bumping ourselves forward to each count.

Little by little, we made it out of the log jam with those great big “oomphs.” We continued on until we found the loading dock a long mile downstream. We kept up our fits of girlish laughter as we climbed out of the canoe, safely on land again. 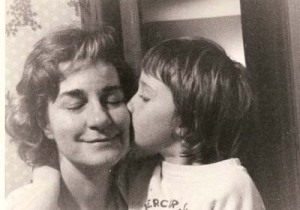 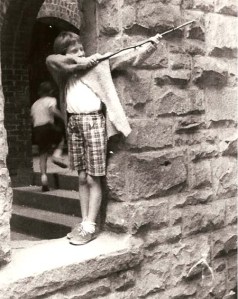 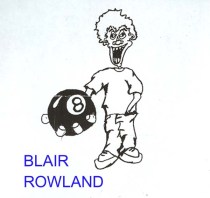 Dear readers, I hope you guys are doing well! Thank you for stopping by. It’s day 20 of the November gratitude journal. Woo-hoo! Here’s a quickie free write, free association blogpost.

I am grateful for tenacity and perseverance and not being behind the eight ball or between a rock and a hard place, or stuck in the middle, or down in the dumps or  any of that.

My son, Blair did the above cartoon when he was in middle school, if I remember right. Blair drew and tapped his way through life and is now a professional drummer. He started out with a practice pad at about six. He stayed with that darn pad for a year, never complaining. Slowly, piece by piece, a real  drum set moved in. I was always involved with music, his bio dad was a guitar player, and  Jesse, a gospel singer. Music was in the woodwork.

This kid was always into rhythm. During my pregnancy, I played James Brown, Duke Ellington, early  jazz and classical standards. We sang all the time.  In his  second and third grade years, I would get notes sent home about him, something to the effect of “Blair gets bored easily and constantly taps his pencil on the desk…” What’s the mother of a drummer to do? How did I ever survive it? How do kids survive it all?

From our experience, independent study during senior year in high school saved the restless forward- focused lives of both my kids. They wanted to be in the adult world ASAP. Living at home was not at the top of their priority lists. Living in a small town meant there were lots “aunts and uncles” to help with the task of transition during their busy lives.  Somehow, through sheer tenacity, a lot of demanding on my part-ie-you WILL  graduate high school-and fervent pleading with the man upstairs, our kids made it to adulthood and beyond. I still marvel at it.

Both my kids got jobs as soon as the ink was fresh on the work permit and not because anybody “made them.” The deal was if you wanted to drive, you paid insurance, which back then was almost affordable with an after school job. Driving was a privilege that had to be earned. About jobs, we had three of us in the same family who worked at the local Japanese restaurant and sushi bar, which was owned by a local fishing family.

This post is dedicated to parents, grandparents, and great-grands everywhere who are raising kids or involved with care-giving. The sheer will to persevere is more than a line from the I Ching.  Perseverance is the ‘light at the end of the tunnel.’

Journal prompt: How are you feeling lately about challenges? What does perseverance mean to you? Do you have children or are you involved with their care? What stories inspire you about overcoming adversity?